As the smoke from his gun cleared David looked across the battlefield. The men in his regiment had all fired in near-perfect unison as they had been trained by their sergeant. Across the field of fire lay scores of dead enemy knights. Some had been blasted apart, while others had been buried under their horses. Some were still screaming in pain.

"AFFIX BAYONETS!" - the order came. It was time to finish this. It was time for the era of the knights to end and show the world that the Black Powder Rebellion had begun.

This PDF is fully hyperlinked for easy navigation.

Black Powder Rebellion aims to provide you with weapons from the era of gunpowder for the Pathfinder Second Edition Roleplaying Game. This builds and expands on the ideas initially provided in the Guns & Gear playtest, but has been expanded far beyond what was provided there.

In this book, you'll find rules for 28 new weapons, hand bombs, and exploding powder kegs. These come in two variations: One set has been created with an aim to maintain the same game balance that already exists within Pathfinder 2, while the other has been designed for more deadly effect - more accurately showing the effects of firearms of the real world while providing the same disruptive effect they had on the real world.

You'll also find information on how to implement them in your campaigns, as well as run historical campaigns in a number of different eras:

You'll also find plot hooks and ideas on how to implement them in your campaigns, notes, and ideas for how to run a low (or no) magic campaign, and the expansions needed for the Medicine skill.

And finally, you'll find 4 new archetypes for use as a player character:

Special Note: Once the full rules for firearms have been developed and released for the Pathfinder Second Edition, this book will be updated to reflect those rules, though the original will remain available for those who prefer our original vision.

A print version of this book is also on the way. Anyone who orders the PDF before the release of the print book will automatically be sent a discount for the printed version equal to the value of the PDF (i.e. a discount of $6.95), provided we are allowed to contact you. If you choose to not enable this option, we won't be able to send you the voucher, sorry. (That will need to be redeemed on DrivethruRPG and will be posted at your own expense).

In order to download this book you must purchase it at or above the minimum price of $7 USD. You will get access to the following files: 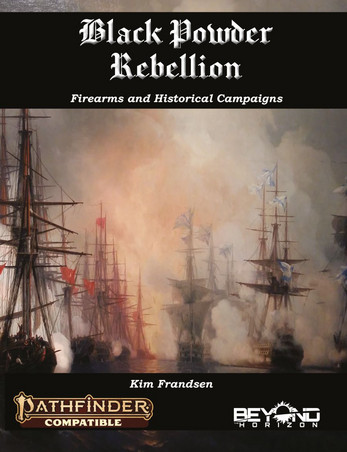 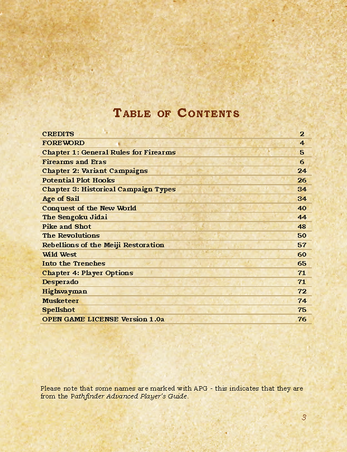 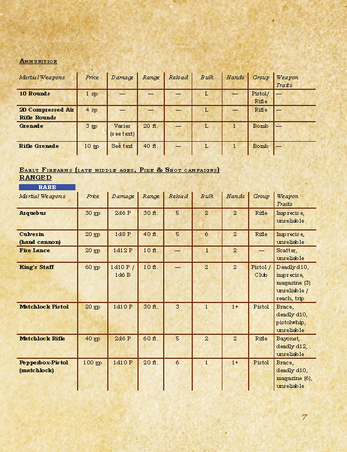 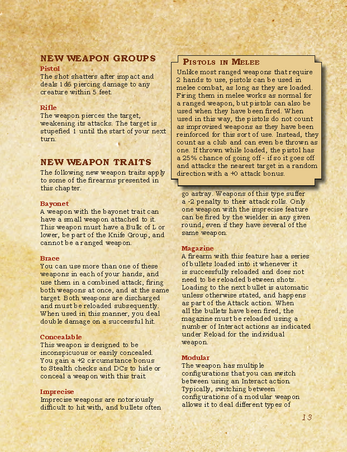 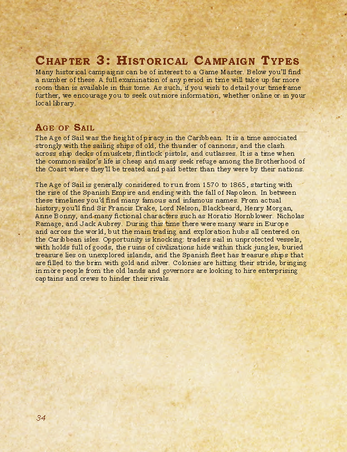 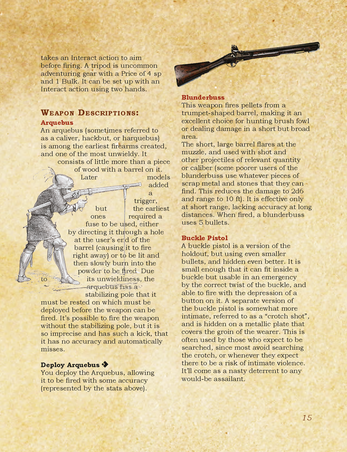 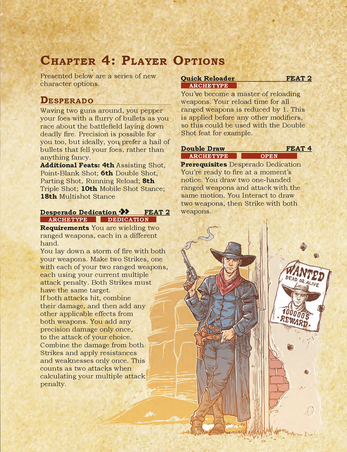